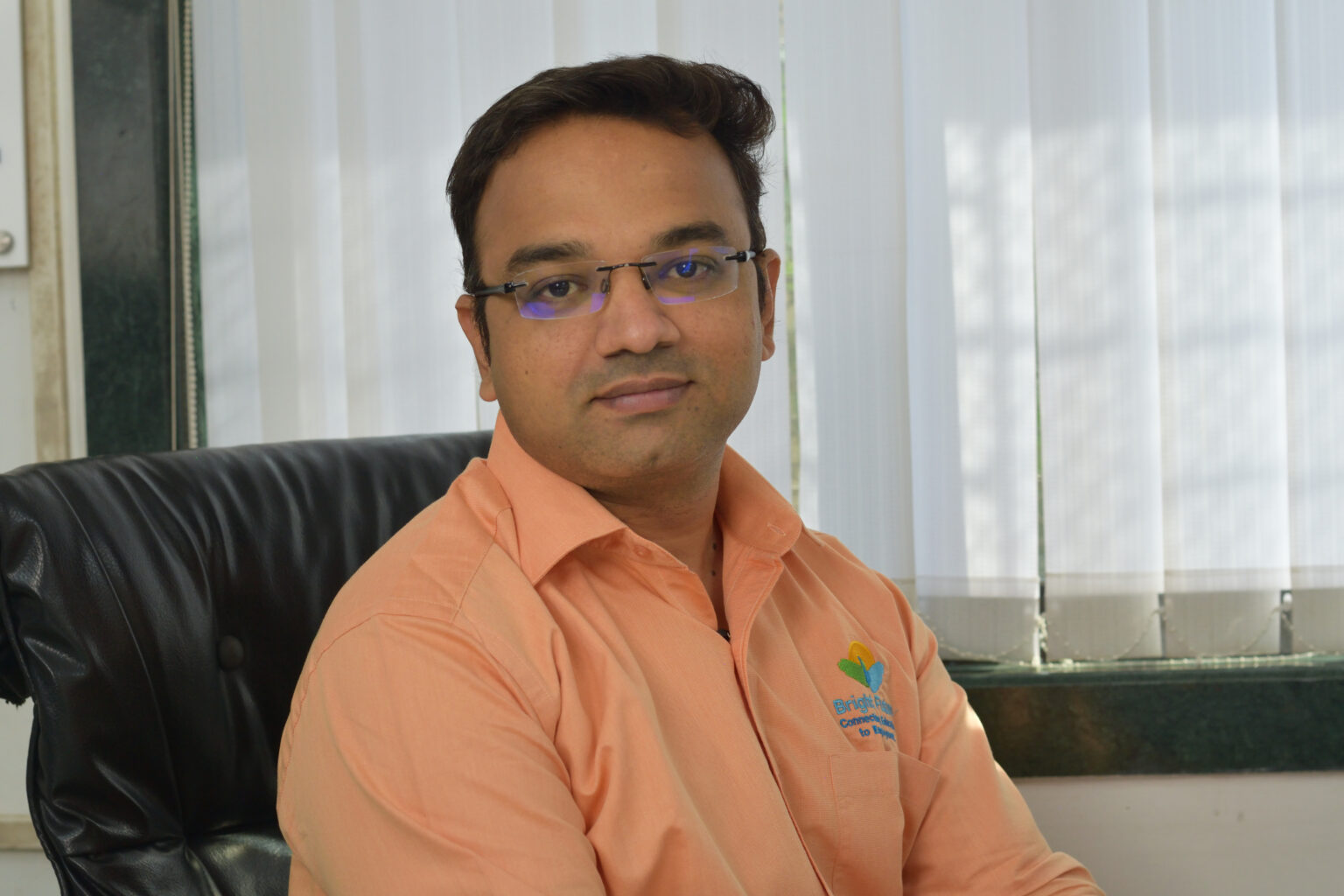 My Vision is to create a Bright Future for all young people.

My Mission is to provide a nurturing environment for children and youth from marginalized communities to transform their passion into gainful employment through career guidance, life skill development, mentorship and placement opportunities 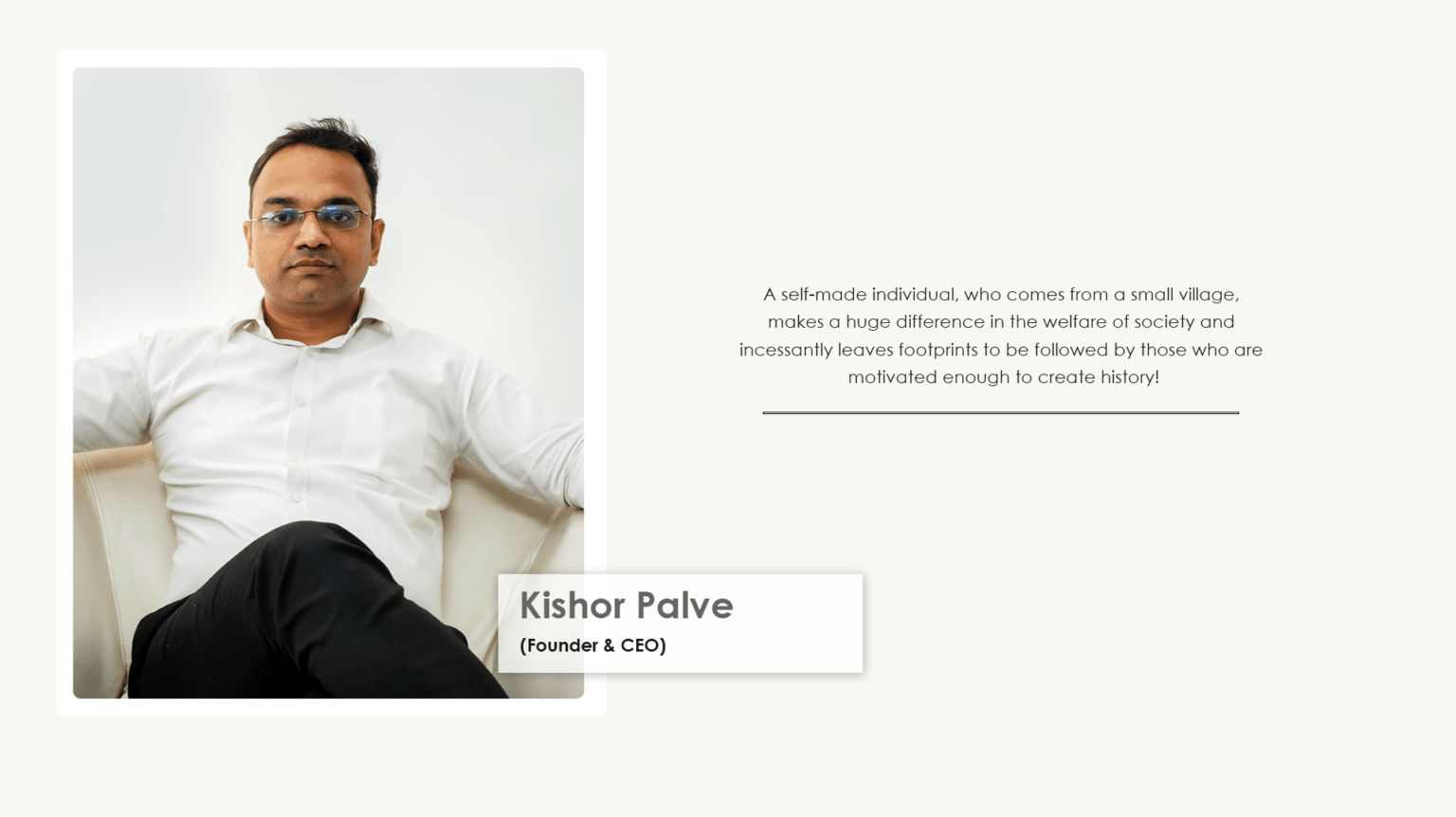 Kishor Palve, the eldest of three children, was born in 1984 in a small village of Udarmal in Ahmednagar district of Maharashtra, a place which not more than 500 families call home. After 4 years of schooling in Ahmednagar, his family shifted base to Mumbai.

The community around him did not have any major role models to look up to. As a result, the children there had very low aspirations with regards to their education and career. After school, Kishor chose to study further in commerce stream because that was what others with similar marks had chosen and usually chose when he looked at the trends. He was not aware of why people make such decisions.

While studying at a coaching class during his college days, an Economics professor made a big impression on him. His method and passion for the subject made him realise that he too wanted to do something ahead in his life which would give him the same satisfaction. He started to think of a career in business. So in the third year of college, he began a small initiative of selling vada pavs – a famous Mumbai street side snack, as he was not too sure of how his studies would help him in his professional life ahead. But due to lack of a license, the local authorities confiscated his material which caused a massive financial loss to this young entrepreneur.

Then at a tally course, he happened to meet a professional social worker. After knowing more about this field from him, he got motivated and applied to Karve Institute in Pune. During the interview process, he spoke with the students there who explained the course in detail as well as about the development sector. It was only after all these interactions that his doubts were cleared and he knew for sure this was what he needed to do. Unfortunately he didn’t make it into this institute. He had two options – to join a not so well known institute in the Satara district or to try the next year at the Mumbai Institute. But Kishor believed that if he had the interest and the passion, the name of the institute was secondary and that he would be able to make it anywhere without the backing of the name of a well-known institute. So, he finally joined the MSW course at the Yashwant Rao Chavan School of Social Work, Satara. Many of his classmates did not have any real interest in the sector but were there because someone else had done the course or because the college was close to home.

After completing his 2 year course and gaining some experience working with non-profit organizations, he felt the need to do something about the situation of youth like himself and his classmates, something that would help them identify what actually they have a potential for or interest in, as these should be the foundations on which their career should be based on.

Kishor, therefore, started doing some research on this issue. He began talking to people in related fields, discussing possible situations and ideas that could help address this situation. As he started getting to the root of the problem, he understood that the students in the last years of schooling needed to start reviewing their interests, talents and skills and identify what job opportunities or what careers they could lead to. Even youth who had dropped out from the school, needed to be motivated to develop their skills which would then open up their chances to find work. So, Kishor along with a few friends started meeting with youth in schools and dropouts to talk about how education along with their talents were the base for their careers ahead. These first meetings sowed the seed for what is New Resolution India today! And so was born Bright Future, a project of New Resolution India to work with adolescents and youth in the communities and schools on the following issues faced by our Founder Kishor and many more like him at an early stage in their lives:

Lack of Role Models and hence Low Aspirations amongst youth

Absence of Peer Learning and Mentoring

Lack of Career Guidance and Development 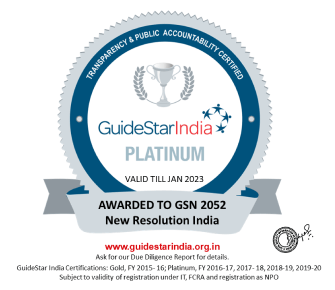